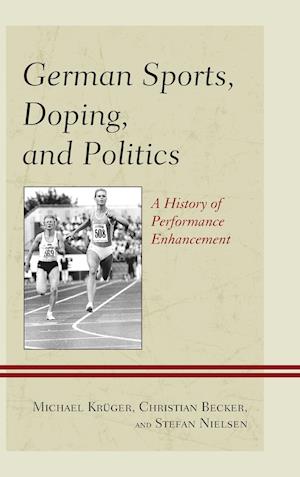 In the Cold War era, sport was not just a symbol of the power and strength of a nation-state, but of certain ideological systems of politics. With the pressure for athletes to succeed at its zenith, many East German athletes were given anabolic steroids by their country's own sport federation. While doping in East Germany has been intensely researched in the past decades, the state of West German athletics during this time has remained largely a mystery. In fact, doping was a common practice on both sides of the Iron Curtain. But how many athletes were involved? And who knew about these practices? In order to answer these questions, the Federal Institute for Sport Science in Germany supported a research project to shed light on the other, West German side of doping history. Based on analyses of authentic documents and archives, German Sports, Doping and Politics: A History of Performance Enhancement is a unique study spanning from 1950-2007. Translated from its original German, and supplemented with new material written especially for an international audience, this innovative book addresses many important questions about a topic with worldwide implications. Part I deals with the history of doping in the post-war period of the 1950s and '60s; Part II focuses on the apex of doping, as well as the beginnings of the anti-doping movement; and Part III considers the development of doping since the Reunification and the foundation of the World Anti-Doping Agency and the National Anti-Doping Agency in Germany. Written for a global audience, German Sports, Doping, and Politics explains and reveals the truly remarkable processes of doping and anti-doping that have evolved since the Cold War. While sports historians will find this book of great interest, it is also a significant study for anyone who wants to look beyond the surface of sports and doping as reported by the media.