- The illustrated history of the Fallschirmja ger in WWII 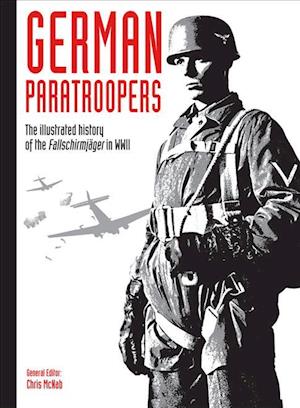 German Paratroopers focuses on the actions of German airborne forces during World War II. It describes the battles over the Low Countries in 1940, the seizure of Crete in 1941, fighting on the Eastern Front and in later in Italy - most famously at the battle for Monte Cassino in 1944. Drawing together rare images of German paras in the war, the book presents a unique examination of the German airborne soldier in World War II. German Paratroopers also includes chapters on the recruitment and training for this e lite corps, and the specialist equipment that was devised for the Third Reich's airborne troops.

Forfattere
Bibliotekernes beskrivelse With over 200 photos, German Paratroopers provides a full pictorial history of the paratroop forces in WWII, from the invasions of Norway and France to the bitter fighting in Italy and the defence of Germany. 250 b&w photos; 250 Illustrations, unspecified