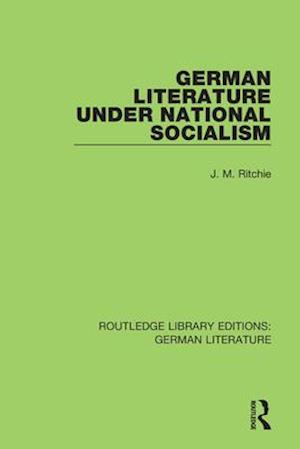 Originally published in 1983, this study starts with an exploration of proto-Nazi literature in the early 20th Century and pursues later developments up to the arrival of fully-fledged National Socialism. Not only literature within Germany is covered; after 1933 republican writers forced into exile for racial as well as political reasons rejected the anti-Semitic 'barbarism' of National Socialism and developed a powerful brand of anti-fascist literature in countries around the world. This 'exile' literature is covered in depth, both for its outstanding individual figures like Brecht and Mann as well as for the general phenomenon of exile. Attention is particularly focused on those non-Nazis who remained in Germany as 'inner emigres' forming a resistance literature. One area of resistance also highlighted in the book is the Spanish Civil War in which many writers fought.