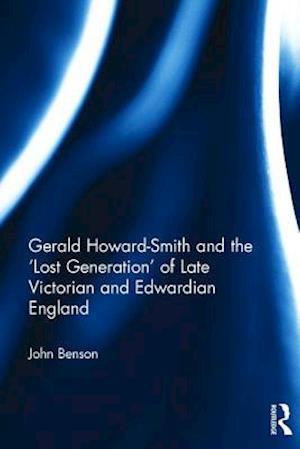 Gerald Howard-Smith's life is intriguing both in its own right and as a vehicle for exploring the world in which he lived. Tall, boisterous and sometimes rather irascible, he was one of the so-called 'Lost Generation' whose lives were cut short by the First World War. Brought up in London, and educated at Eton and Cambridge, he excelled both at cricket and athletics. After qualifying as a solicitor he moved to Wolverhampton and threw himself into the local sporting scene, making a considerable name for himself in the years before the First World War. Volunteering for military service in 1914, he was decorated for bravery before being killed in action two years later. Reporting his death, the War History of the South Staffordshire Regiment claimed that, 'In his men's eyes he lived as a loose-limbed hero, and in him they lost a very humorous and a very gallant gentleman.'As well as telling the fascinating story of Gerald Howard-Smith for the first time, this important new biography explores such complex and important issues as childhood and adolescence, class relations, sporting achievement, manliness and masculinity, metropolitan-provincial relationships, and forms of commemoration. It will therefore be of interest to educationalists, sports historians, local and regional historians, and those interested in class, gender and civilian-military relations - indeed all those seeking to understand the economic, social, and cultural life of late nineteenth and early twentieth-century Britain.