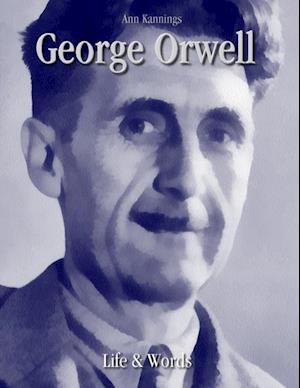 This book is an anthology of 180 quotes from George Orwell and 50 Facts about George Orwell. 'All animals are equal, but some animals are more equal than others.' 'Big Brother is watching you.' 'War is peace. Freedom is slavery. Ignorance is strength.' 'Every intelligent boy of sixteen is a Socialist. At that age one does not see the hook sticking out of the rather stodgy bait.' 'The only 'ism' that has justified itself is pessimism.' 'Who controls the past controls the future. Who controls the present controls the past.' Orwell had a real-life fascination with rats. Orwell chose his pen name, 'George Orwell' because 'George' was the patron saint of England and 'Orwell' was the name of a river he liked. Orwell's mother, born Ida Mabel Limouzin, was of English-French background. Orwell was a heavy smoker for most of his life. In his will, Orwell requested that no biography be written about his life. Orwell spoke several languages, including French, Spanish, English, Latin and Greek.