Geology and Geomorphology of Holocene Coastal Barriers of Brazil 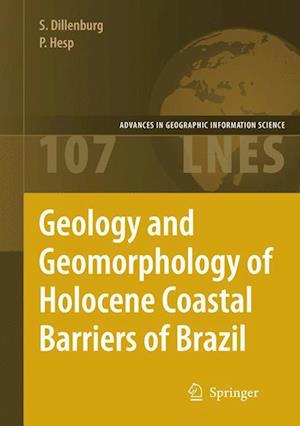 This is the first book to cover the Holocene geology and geomorphology of the 9,200 kilometers of the Brazilian coast. It is written for third and fourth year undergraduates, post-graduate students, scientists and man- ers. It characterizes the Brazilian coast in terms of the Holocene geology, geomorphology, oceanographic and climatic conditions, and the location, morphology and evolution of the barrier types. Separate chapters outline the types of barriers and coastal dynamics in each state, beginning in the south and proceeding to the north. Some emphasis is placed on the stretches of coast where the detailed morphology and stratigraphy of b- riers has been previously determined. To date, the Brazilian coastal barriers have been largely ignored by the international community, partly perhaps because much of the past research has tended to concentrate on barrier islands, of which there are very few in Brazil. In contrast, the Brazilian coastal barriers display a much wider range of types than is generally assumed. The biggest and most spectacular transgressive dunefield barriers in the world exist in Brazil, and dominate the southern and northeastern coasts. Many have never been described - fore. This volume provides a wealth of information on Holocene barrier types, evolution and dynamics. It provides managers, ecologists, biologists and botanists with much needed information on the geology, geomorph- ogy and dynamics of the genesis, types, functioning and ecosystems of the Holocene barriers extending along the entire Brazilian coast.