Geological History of Britain and Ireland 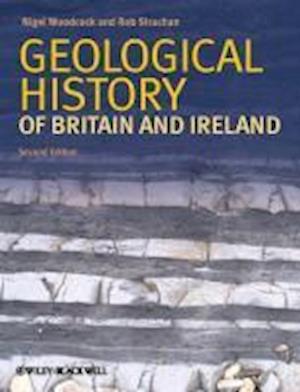 Britain and Ireland have a remarkably varied geology for so small a fragment of continental crust, with a fine rock record back through three billion years of geological time. This history would have been interesting enough if it had been played out on relatively stable continental crust. However, Britain and Ireland have developed at a tectonic crossroads, on crust once traversed by subduction zones and volcanic arcs, continental rifts and mountain belts. The resulting complexity is instructive, fascinating and perplexing. Geological History of Britain and Ireland tells the region's story at a level accessible to undergraduate geologists, as well as to postgraduates, professionals or informed amateurs. This second edition is fully revised and updated, reflecting our continually developing knowledge of the region's geology. Full coverage is again given to the rich Precambrian and Early Palaeozoic history, as well as to later events more relevant to hydrocarbon exploration. The book is an essential starting point for more detailed studies of the regional geology. Additional resources for this book can be found at: http://www.wiley.com/go/woodcock/geologicalhistory