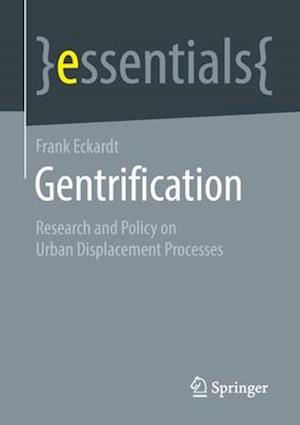 This essential presents the state of urban research on gentrification in a condensed form. This term, which has been used in the scientific community since the 1960s, has now also become established in the public debate. It describes how rising rents in the cities and the lack of affordable housing lead to poorer residents being driven out of their neighbourhoods. It becomes clear in what way gentrification is a general principle of urban development and thus poses a considerable challenge to the social mix of our cities. It also shows what political measures should be taken from the perspective of research in order to prevent gentrification.This Springer essential is a translation of the original German 1st edition essentials, Gentrifizierung by Frank Eckardt, published by Springer Fachmedien Wiesbaden GmbH, part of Springer Nature in 2018. The translation was done with the help of artificial intelligence (machine translation by the service DeepL.com). A subsequent human revision was done primarily in terms of content, so that the book will read stylistically differently from a conventional translation. Springer Nature works continuously to further the development of tools for the production of books and on the related technologies to support the authors.