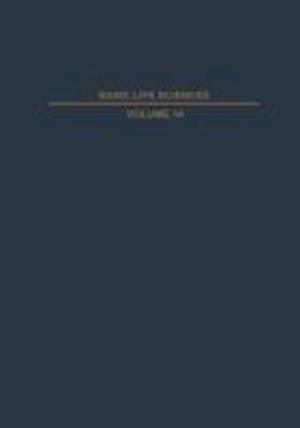 The plant world represents a vast renewable resource for production of food, chemicals and energy. The utilization of this resource is frequently limited by moisture, temperature or salt stress. The emphasis of this volume is on the molecular basis of osmoregulation, adaptation to salt and water stress and applica tions for plant improvement. A unified concept of drought, salt, thermal and other forms of stress is proposed and discussed in the publication. The volume developed from a symposium entitled "Genetic Engi neering of Osmoregulation: Impact on Plant Productivity for Food, Chemicals and Energy," organized by D. W. Rains and R. C. Valentine in cooperation with Brookhaven National Laboratory and directed by D. W. Rains and A. Hollaender. The program was supported by a grant from the National Science Founda~ion, Division of Problem Focused Research, Problem Analysis Group, and the Department of Energy. This symposium is one of several in the past and pending which deal with potential applications of genetic engineering in agri culture. Since the question was raised several times during the meeting it is perhaps a convenient time to attempt to define gene tic engineering in the context of the meeting. * Genetic engineering of osmoregulation is simply the application of the science of genetics toward osmo tically tolerant microbes and plants. * Recombinant DNA is regarded as just another tool along with conventional genetics to be utilized for improvement of microbes and plants.