Genetic and Therapeutic Aspects of Lipid and Purine Metabolism 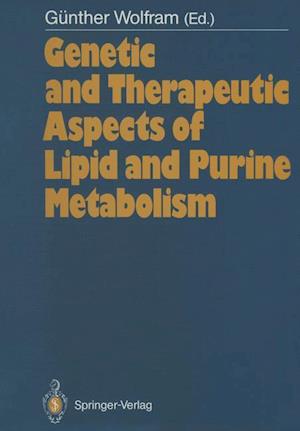 This publication of a symposium held on 24 th and 25 th of June 1988 in Munich th is dedicated to Nepomuk Zollner on the occasion of his 65 birthday, expressing the best wishes of the authors. Nepomuk Zollner was born in the northern part of Bavaria. While a medical student in Munich he was called up to military duty in the last year of World War II. After achieving excellent results on his examinations he served as a physician in several hospitals in Munich and soon became interested in inborn errors of metabolism. In order to receive the best education possible at that time he joined the group of S. J. Thannhauser, the famous German emigrant, in Boston where he worked from 1951 to 1953. There he was able to continue his studies on lipids, which he had started in 1948, and begin with his studies on purine metabolism. While working in Thannhauser's laboratory he learned to think and act according to the strict laws of natural SCIence. After returning to Europe he concentrated his scientific work on purines and lipids. Gout and hyperlipoproteinemias from the genetic to the therapeutic aspects remained the dominating topics of his research activities. In spite of many obligations as head of the Medical Polyclinic of the University of Munich and many activities at the university and in scientific societies Zollner's foremost intent continued to be the development and progress of natural science in medicine.