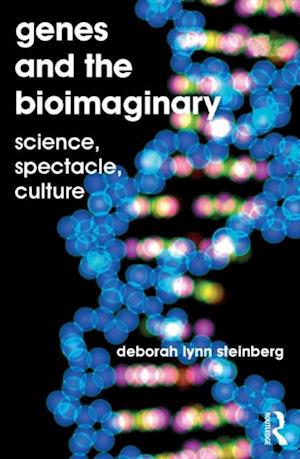 Genes and the Bioimaginary examines the dramatic rise and contemporary cultural apotheosis of 'the gene'. The book traces not only the genetification of modern life but is also a journey through the complex relationship between science and culture. At the heart of this book are three interlinked questions. The first concerns the paradigmatic transformations of the 'genetics revolution': how can we understand the impact of genes on social arenas as diverse as law and agriculture, politics and medicine, genealogy and jurisprudence? Second, how has the language of genes come to pervade public discourse - as much a trope of personal narrative as of the popular imaginary? And third, how can we gain critical purchase not only on the conditions and consequences of a particular science, but on its projective seductions, the terms of its persuasion, and the dilemmas and anxieties provoked in its wake? Through a series of illuminating case studies ranging from 'gay genes' to 'Jew genes', to genes for crime; from CSI to the Innocence Project, from genetics (post)racial imaginary to its phantasies of redemption, the book examines the emergence of the gene as a pre-eminent locus of both scientific and social explanation, and as a powerful object of spectacle, projective phantasy and attachment. Genes and the Bioimaginary makes a distinctive contribution to our understanding of how knowledge comes to be not only powerful, but plausible.