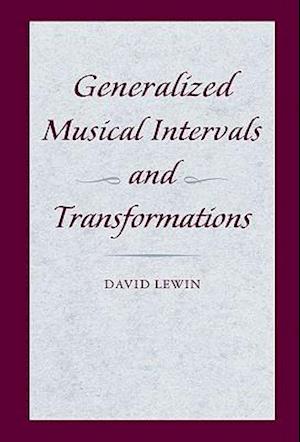 David Lewin's Generalized Musical Intervals and Transformations is recognized as the seminal work paving the way for current studies in mathematical and systematic approaches to music analysis. Lewin, one of the 20th century's most prominent figures in music theory, pushes the boundaries of the study of pitch-structure beyond its conception as a static system for classifying and inter-relating chords and sets. Known by most music theorists as "GMIT", thebook is by far the most significant contribution to the field of systematic music theory in the last half-century, generating the framework for the "transformational theory" movement. Appearing almost twentyyears after GMIT's initial publication, this Oxford University Press edition features a previously unpublished preface by David Lewin, as well as a foreword by Edward Gollin contextualizing the work's significance for the current field of music theory.