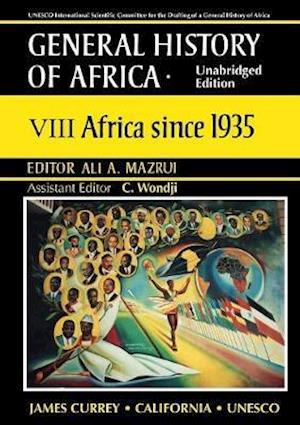 Africa has moved from international conflict under foreign domination to struggles for political sovereignty and economic independence. Looking at the changes in Africa's fortunes since 1935, this volume examines the challenges of nation-building and socio-cultural changes affecting the continent. The series is co-published in Africa with seven publishers, in the United States and Canada by the University of California Press, and in association with the UNESCO Press.

Forfattere
Bibliotekernes beskrivelse SPECIAL COMMENDATION in Africa's 100 Best Books of the Twentieth Century. The series is illustrated throughout with maps and black and white photographs.