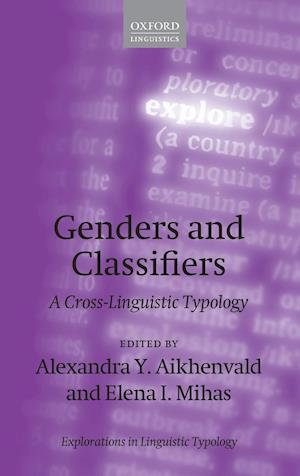 This volume offers a comprehensive account of the typology of noun classification across the world's languages. Every language has some means of categorizing objects into humans, or animates, or by their shape, form, size, and function. The most widespread are linguistic genders - grammatical classes of nouns based on core semantic properties such as sex (female and male), animacy, humanness, and also shape and size. Classifiers of several types also serve tocategorize entities. Numeral classifiers occur with number words, possessive classifiers appear in the expressions of possession, and verbal classifiers are used on a verb, categorizing its argument. These varied sorts of genders and classifiers can also occur together. This volume elaborates on theexpression, usage, history, and meanings of noun categorization devices, exploring their various facets across the languages of South America and Asia, which are known for the diversity of their noun categorization.The volume begins with a typological introduction that outlines the types of noun categorization devices and their expression, scope, functions, and development, as well as sociocultural aspects of their use. The following nine chapters provide in-depth studies of genders and classifiers of different types in a range of South American and Asian languages and language families, including Arawak languages, Zamucoan, Hmong, and Japanese.