Gender, Orientalism and the Jewish Nation 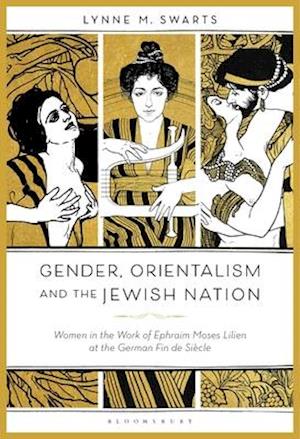 Ephraim Moses Lilien (1874-1925) was one of the most important Jewish artists of modern times. As a successful illustrator, photographer, painter and printer, he became the first major Zionist artist. Surprisingly there has been little in-depth scholarly research and analysis of Lilien's work available in English, making this book an important contribution to historical and art-historical scholarship.Concentrating mainly on his illustrations for journals and books, Lynne Swarts acknowledges the importance of Lilien's groundbreaking male iconography in Zionist art, but is the first to examine Lilien's complex and nuanced depiction of women, which comprised a major dimension of his work. Lilien's female images offer a compelling glimpse of an alternate, independent and often sexually liberated modern Jewish woman, a portrayal that often eluded the Zionist imagination. Using an interdisciplinary approach to integrate intellectual and cultural history with issues of gender, Jewish history and visual culture, Swarts also explores the important fin de siecle tensions between European and Oriental expressions of Jewish femininity. The work demonstrates that Lilien was not a minor figure in the European art scene, but a major figure whose work needs re-reading in light of his cosmopolitan and national artistic genius.