Gender and Political Communication in America 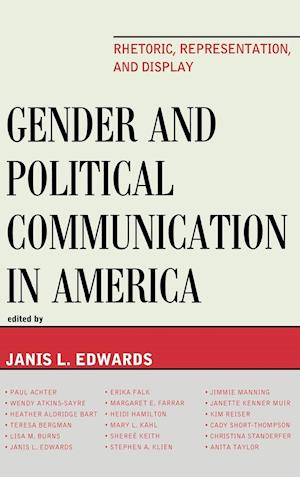 At a time when presidential campaigns are shaped to appeal to women voters, when masculinity constructs impinge on wartime leaders, and when the United States appears to move towards the possibility of a woman president, it is vital that communication scholarship addresses the issue of gender and politics in a comprehensive manner. Gender and Political Communication in America: Rhetoric, Representation, and Display takes on this challenge, as it investigates, from a rhetorical and critical standpoint, the intersection and mutual influences of gender and political communication as they are realized in the nation's political discourse. Representing some of the leading investigators on gender and political communication, as well as emerging scholars, the volume's contributors update and interrogate contemporary issues of gendered politics applicable to the 21st century, including the historic 2008 election. Through their original research, the contributors offer critical examinations of the impact of salient theories and models of gender studies as they relate to historical and contemporary roles and practices in the political sphere. Gender and Political Communication in America's broad and diverse engagement with the subject matter makes it a must-read for those interested in women's studies and political communication.