Gender and Historiography: Studies in the Earlier Middle Ages in Honour of Pauline Stafford

- Studies in the Earlier Middle Ages in Honour of Pauline Stafford 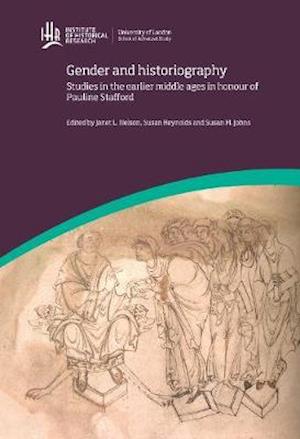 The chapters in this volume celebrate the work of Pauline Stafford, highlighting the ways in which it has advanced research in the fields of both Anglo-Saxon history and the history of medieval women and gender. Ranging across the period, and over much of the old Carolingian world as well as Anglo-Saxon England, they deal with such questions as the nature of kingship and queenship, fatherhood, elite gender relations, the transmission of property, the participation of women in lordship, slavery and warfare, and the nature of assemblies. Gender and historiography presents the fruits of groundbreaking research, inspired by Pauline Stafford's own interests over a long and influential career.