- From Islamic Democracy to Islamist Governance 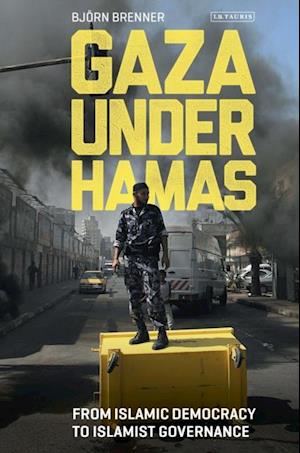 Hamas is designated a terrorist organization by Israel, the EU, the USA and the UN. It has made itself notorious for its violent radicalism and uncompromising rejection of the Jewish state. So after its victory in the 2006 elections the world was watching. How would Hamas govern? Could an Islamist group without any experience of power - and with an unwavering ideology - manage to deal with day-to-day realities on the ground? Bjorn Brenner investigates what happened after the elections and puts the spotlight on the people over whom Hamas rules, rather than on its ideas. Lodging with Palestinian families and experiencing their daily encounters with Hamas, he offers an intimate perspective of the group as seen through local eyes. The book is based on hard-to-secure interviews with a wide range of key political and security figures in the Hamas administration, as well as with military commanders and members of the feared Qassam Brigades. Brenner has also sought out those that Hamas identifies as local trouble makers: the extreme Salafi-Jihadis and members of the now more quiescent mainstream Fatah party led by Mahmoud Abbas.The book provides a new interpretation of one of the most powerful forces in the Israel-Palestine arena, arguing that the Gazan Islamists carry a potential to be much more flexible and pragmatic than anticipated - if they would think they stand to gain from it. Gaza under Hamas investigates the key challenges to Hamas's authority and reveals why and in what ways ideology comes second to power consolidation.