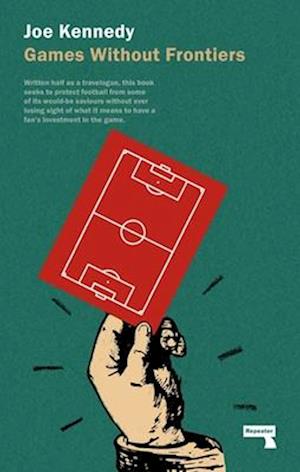 Football, we're told frequently, is in a state of crisis. A microcosm of late capitalism's free-for-all, it has become almost dystopian in its commodification, and its working-class constituency have become thoroughly alienated from the sport they grew up believing was a birthright. Games Without Frontiers seeks to interrogate this perspective by forcing us to think about what we mean when we say 'football'. Along the way, it skewers media cliches about footballers and fans, considers the sport's implications for radical politics and aesthetics, and situates the 'working-man's game' in relation to twenty-first century discussions of political authenticity. Written half as a travelogue, this book seeks to protect football from some of its would-be saviours without ever losing sight of what it means to have a fan's investment in the game.

Forfattere
Bibliotekernes beskrivelse Is football inherently political? What does 'football' actually mean today? A unique and broad exploration of contemporary society, through our most popular sport.