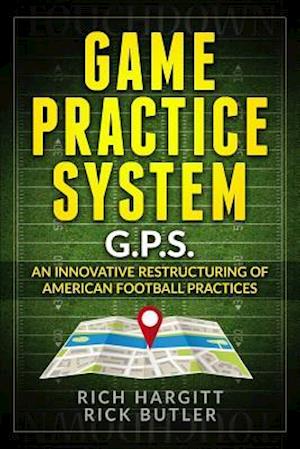 We feel there is a better way to practice the game of football. The standard way most coaches organize and conduct a practice has just been copied and pasted since the Vince Lombardi days. Quite simply, we as coaches have just duplicated the practice process from our own days as a player. Schemes have changed, players have changed, and society has changed. But, practices for the most part have not. This book will attempt to convey why S2A Game Practice System (GPS) is an "edge of the knife" way to conduct a football practice. The Surface to Air System (S2A), is an offensive consulting service. This book will detail our thoughts from our offensive perspective, but the principles can be applied to all three phases of the game (Offense, Defense, Special Teams). In introducing this "outside the box" way of looking at something new in the game of football, we challenge you as a coach to take this information and determine if there's truly a better way of doing things. Ask yourself, "Is the way we've been conducting practices since I was a player really the most effective way?" Offenses have evolved, the passing game has evolved, and off-season methods of training have evolved. Why hasn't practice evolved? The objective of this book is to make football a better game through the utilization of S2A GPS. It is our specific objective to check the following boxes when developing this practice method: -Get more kids out for football-Create scenarios in which players have a richer knowledge of the game-Create practice situations recreating game situations that lead to more success -Create a safer game-Score more points-Win more games Again, we check those boxes with our main tenant: "If any activity is done in practice that does not directly have an impact on the actual game, we do not do it." It is our sincere hope that football coaches will take from this work the following: To implement a system that allows for a safer game by reducing the amount of time preparing, that reduces the repetitions for contact, and thus lessens the eventuality of injuries.-To implement a system that eliminates the need for the overuse of contact, but heightens the ability for game preparedness.-To implement a system that captures and keeps the learning attention span of even the lowest level learner-To implement a system that elevates the abilities of second and third teamers, and thus increases their value to the overall makeup and depth of the squad-To implement a system that elevates the practice role of each member of the coaching staff-To implement a system that leads to both recruiting more and keeping more young people playing the game-To implement a system that leads to more wins