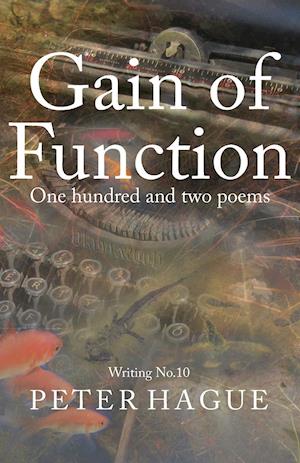 This book is a great deal more than the sum of one hundred and two poems. It represents a shift in creative potential which is exactly described by its title: 'Gain of Function', which you may well recognise as a phrase relating to science. However, within the sphere of this book, Gain of Function mostly represents a collision between past and future in which my long-developed ways of working have been hit by enormous positive change and new possibilities - all driven by the advent of social media and the seismic changes in the world of publishing.

The very recent work presented in this book is unique amongst my output, because for the first time I was faced with the possibility that whichever poem I was working on, it could be immediately presented to the public, and indeed to the world via social media. This new reality created a completely different working atmosphere. The sudden, tense focus of instantaneous publishing added a whole new factor of concentration, necessary confidence and embedded topicality - specifically the poems dealing with the recent virus and some aspects of politics and the media.