- A New Look at Life on Earth 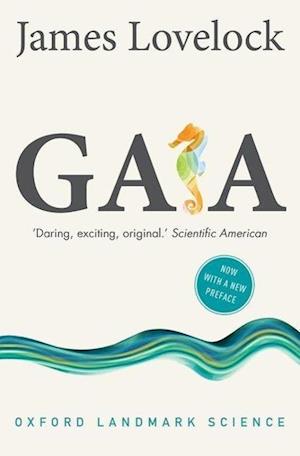 In this classic work that continues to inspire many readers, Jim Lovelock puts forward his idea that the Earth functions as a single organism. Written for non-scientists, Gaia is a journey through time and space in search of evidence in support of a radically different model of our planet. In contrast to conventional belief that life is passive in the face of threats to its existence, the book explores the hypothesis that the Earth's living matter influencesair, ocean, and rock to form a complex, self-regulating system that has the capacity to keep the Earth a fit place for life. Since Gaia was first published, Jim Lovelock's hypothesis has become a hotly debated topic in scientific circles. In a new Preface to this edition, he outlines his view of the present state of the debate. Oxford Landmark Science books are 'must-read' classics of modern science writing which have crystallized big ideas, and shaped the way we think.

Forfattere
Bibliotekernes beskrivelse Gaia, in which James Lovelock puts forward his inspirational and controversial idea that the Earth functions as a single organism, with life influencing planetary processes to form a self-regulating system aiding its own survival, is now a classic work that continues to provoke heated scientific debate. 8 black and white figures