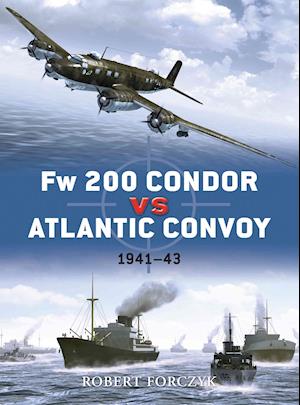 After the fall of France in 1940, Germany attempted to strangle Britain into submission by attacking the Atlantic Convoys, which brought much need supplies and war material from the USA and Canada. While the U-boats attacked from beneath the seas, the Germans modified a civilian airliner to create the Fw-200 Condor to attack from the skies. By the summer of 1941, the Condor attacks had succeeded to the extent that Winston Churchill called them 'the scourge of the Atlantic'. This book discusses the development of the Condor, and analyzes the various Allied responses, including the development of the Hurricat, a modified hurricane that could be launched via catapult from modified merchant ships.