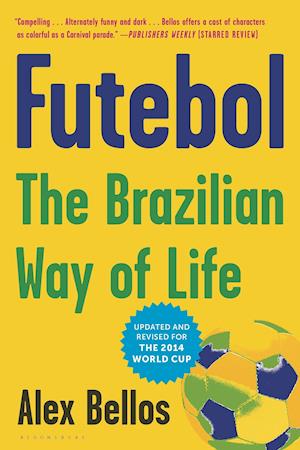 Since the 1950s, when Pele first started playing, soccer has been how the world sees Brazil, but it is also how Brazilians see themselves. The essence of their game is one in which prodigious individual skills outshine team tactics, where dribbles and delicate flicks are preferred over physical challenges or long-distance passes, where technique has all the elements of dance and, indeed, is often described as such. At their best, Brazilian soccer players are both athletes and artists. As Alex Bellos brilliantly reveals in his classic book, their game can symbolize racial harmony, flamboyance, youth, innovation, and skill--in short, it's a microcosm of the country itself.

Bellos, a veteran journalist and author whose star has continued to rise since Futebol was first published in 2002, revisits his search for what the great Brazilian striker Ronaldo has called the "true truth" of the Brazilian way of life. With an unerring eye for an illustrative story and a pitch-perfect ear for the voices of the people he meets, Bellos uncovers the nuanced role soccer has played in the history of Brazil and the lives of its people.

Updated and with a new chapter covering recent events in Brazil, this revised edition of Futebol is perfectly timed to coincide with the 2014 World Cup, as the world turns its rapt attention to Brazil and their Beautiful Game and the country once again becomes the capital of "the world's game."