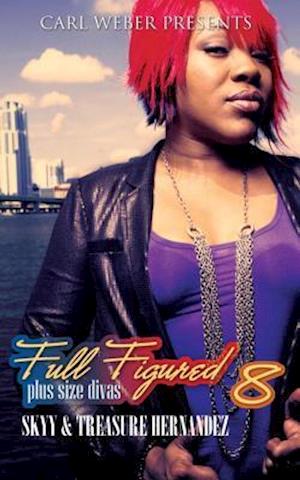 Once again, Carl Weber brings together two literary divas to give readers what they've been asking for: empowering stories about big, beautiful women.

Rayne creates beautiful works of art, but her personal life is a blank canvas, void of love and passion. With a life-changing showcase on the horizon, Rayne is completely content being alone. She has kept clear of distractions since her last breakup, five years earlier. Things are working in her favor, until an erotic dream shakes her to her core. As if things weren't becoming complicated enough, a new co-worker seems to have stepped directly out of her dream, offering her the opportunity to experience pleasure with no strings attached. Rayne must decide whether to take a chance, or pass up the opportunity that her body is craving. Will this be a masterpiece in the making, or a catastrophe waiting to happen?

Given the nickname Pooh Bear by her besties, Dakota Marie Smith is just as lovable, thick, cuddly, and soft spoken as a teddy bear. She's known by family and friends as the good girl, a wallflower who can do no wrong; but she's tired of being the bore in the bunch, so she flies to Las Vegas with plans of leaving her old self behind. Will Dakota be able to throw caution to the wind and explore the stranger within? Considering that what happens in Vegas stays in Vegas, she might be able to do just that . . . and then some.