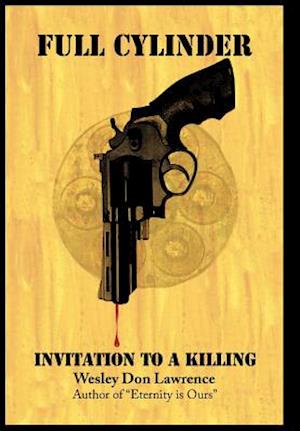 Psychological Thriller - A fast paced, action novel blended with a precarious, unintentional love affair which takes place in a U.S. Midwestern city with a population with a population of approximately 90,000. The story portrays the exploits of one man, whose task is to help his former comrade in a hostile land far from home in a span of only five days. Working alone with the help of his friend's daughter, who is an editor at the local newspaper, he must carry out this dangerous undertaking in the time frame allotted to him by his superiores. The task at hand, although a dangerous undertaking, was straight forward---seek retribution on his friend's adversaries, but to get out alive would be a challenge. However, he was not prepared to fall in love with his best daughter. An unexpected relationship develops between him and the seductive young woman who would aid him throughout his mission, but this unintended, passionate love affair could jeopardize his entire mission and place both their lives in imminent danger. His goal is to seek justice, and bring down Nicklaus Vinchinzi and the people in his unscrupulous organization and others responsible for the orchestrated attack on his longtime friend and colleague. These were very dangerous times in the United States and failure was not an option. This story is about one brave man and woman who fought the lonely fight against man's oppressors, like the charlatans who hide behind cloistered walls, and the righteous do-gooders whose only ambition is to force their narrow, opinionated beliefs on others. It was a dangerous mission in a hostile land with no promise of the dawn. Working alone, he would attempt to take down the organization responsible for his friend's misfortune and eliminate the man at the top whose sole function was to enforce the new regime's strict laws and to eliminate any dissidents who opposed the ruling autocracy.

In every era of history there have been Paladins, men and woman who were not content to simply ride the crest of the wave, instead they choose to swim against the tide. And yes, such heros still do exist, even in the 21st century.