- Law and the Poetics of Possession 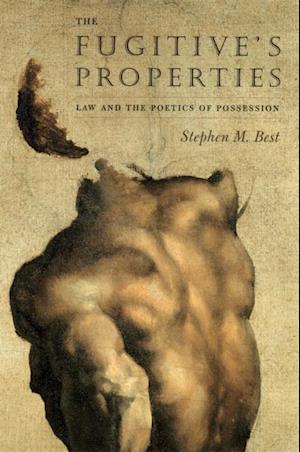 In this study of literature and law before and since the Civil War, Stephen M. Best shows how American conceptions of slavery, property, and the idea of the fugitive were profoundly interconnected. The Fugitive's Properties uncovers a poetics of intangible, personified property emerging out of antebellum laws, circulating through key nineteenth-century works of literature, and informing cultural forms such as blackface minstrelsy and early race films.Best also argues that legal principles dealing with fugitives and indebted persons provided a sophisticated precursor to intellectual property law as it dealt with rights in appearance, expression, and other abstract aspects of personhood. In this conception of property as fleeting, indeed fugitive, American law preserved for much of the rest of the century slavery's most pressing legal imperative: the production of personhood as a market commodity. By revealing the paradoxes of this relationship between fugitive slave law and intellectual property law, Best helps us to understand how race achieved much of its force in the American cultural imagination. A work of ambitious scope and compelling cross-connections, The Fugitive's Properties sets new agendas for scholars of American literature and legal culture.