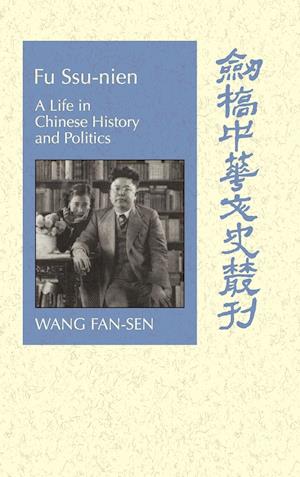 Fu Ssu-nien, scholar, and political and social critic, was one of the most colourful, influential intellectual figures in twentieth-century China. Wang Fan-sen's biography of Fu's life and contributions offers an in-depth examination of his role in intellectual development in modern China. Fu's life in many ways embodied the dilemma faced by modern Chinese intellectuals: dissatisfied with the model of the traditional literati, they lacked a professional, academic model to take its place. Fu's early years as a student leader of the May Fourth movement and subsequent life as an activist were born of intellectual dissatisfaction: as an educator and founder of the Institute of Philology and History at Peking University and the Academia Sinica, he worked to fill the void by professionalizing Chinese research and education. This book, incorporating original, previously unpublished material from Fu's personal archives, fills a major gap in the cultural and intellectual history of modern China.