indgår i serie Warfare and History 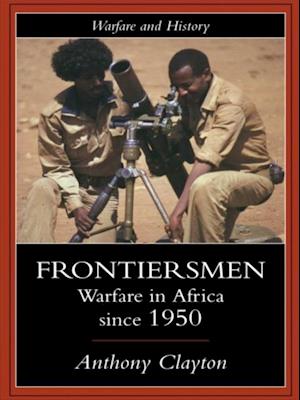 Since 1950, there has been almost continuous military unrest in Africa. This study offers an overview of warfare in this period, examining a military tradition that ranges from the highly sophisticated electronic, air and armour fighting between South Africa and Angola-Cuban forces, to the spears and machetes of the Rwandan genocide. The author explores two themes: first, that warfare in North Africa has principally been a matter of identity and secondly, that warfare south of the Sahara is comparable with that of pre-colonial Africa - conflicts of frontiersmen trying to extend their control over land and resources. Exploring liberation campaigns, civil wars, ethnic conflicts and wars between nations, this study provides an authoritative military history of Africa over half a century.