indgår i serie In Old Photographs 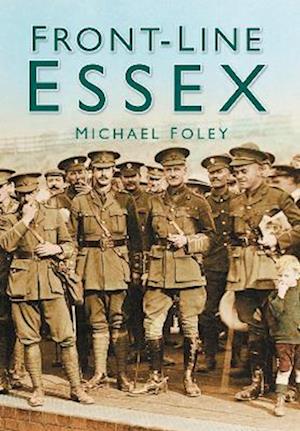 Before the First World War, Essex was a very different county from that which we know today. The economy was largely based on agriculture, and the people rarely travelled beyond its borders, or even out of their towns or villages. The war opened up a whole new world for the people of Essex. Men from the county enlisted in Kitchener's Army and travelled abroad, and many troops came into the camps and barracks which sprang up. Some of these were men from across the empire who came to fight for the mother country. Essex was a key area during the war: situated on the east coast, it was thought that the enemy could potentially use it as a site for invasion, so many defences were set up all round the county. Essex was subjected to great danger and harsh times by the enemy in the form of air raids from Zeppelins, and later, from aeroplanes. This book sets out the experiences of the county against what was happening in the broader theatre of war.