From Vocal Poetry to Song

- Towards a Theory of Song Objects 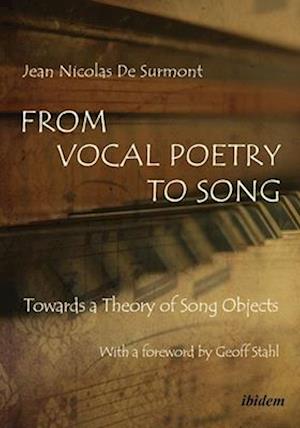 Although the song is often the subject of monographs, one of its forms remains insufficiently researched: the vocalized song, communicated to the spectator through performance. The study of the song takes one back to the study of vocal practices, from aesthetic objects to forms and to plural styles. To conceive a song means approaching it in its different instances of creation as well as its linguistic diversity. Jean Nicolas De Surmont proposes ways of research and analysis useful to musicians, musicologists, and literary critics alike. He takes up the issue of vocal poetry in addition to examining the theoretic aspects of song objects. Rather than offering an autonomous model of analysis, De Surmont extends the research fields and suggests responses to debates that have involved everyone interested in vocal poetic forms.