From The Planck Scale To The Weak Scale: Toward A Theory Of The Universe - Proceedings Of The Theoretical Advanced Study Institute In Elementary Particle Physics (In 2 Volumes) 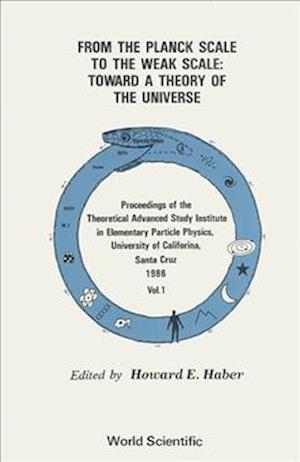 The attempt to understand the nature of particle physics at the weak scale is the major goal of the current generation of collider facilities. Theorists attempt to stretch their theories to the Planck scale and beyond with the very ambitious theory of superstrings. Particle physics at all energy scales has important implications for the theory of the Early Universe. Lectures on Standard Model, Grand Unification and Supersymmetry and the present status of string and superstring theory are given by both theorists and experimentalists in a complete and pedagogical manner. Finally, lectures notes on the Early Universe, galaxy formation, and high energy colliders are directed specifically at particle physicists.