From the Maccabees to the Mishnah

indgår i serie The Library of Early Christianity 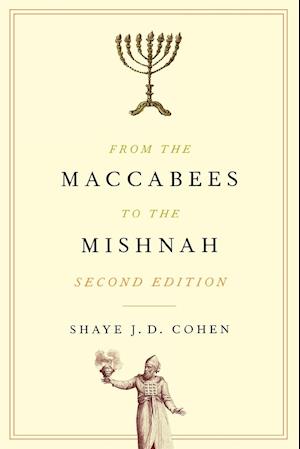 In this new edition of a best-selling classic, Shaye Cohen offers a thorough analysis of Judaism's development from the early years of the Roman Empire to the formative period of rabbinic Judaism. Cohen's synthesis of religion, literature, and history offers deep insight into the nature of Judaism at this key period, including the relationship between Jews and Gentiles, the function of Jewish religion in the larger community, and the development of normative Judaism and other Jewish sects. In addition, Cohen provides clear explanations concerning the formation of the biblical canon and the roots of rabbinic Judaism. Now completely updated and revised, this book remains the clearest introduction to the era that shaped Judaism and provided the context for early Christianity.

The Library of Early Christianity is a series of eight outstanding books exploring the Jewish and Greco-Roman contexts in which the New Testament developed.