From the Fires Scattered There 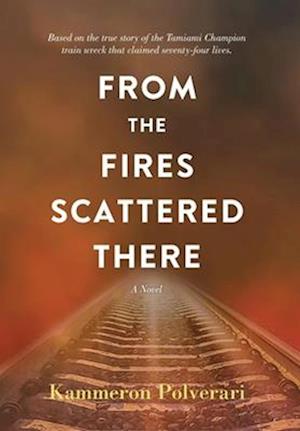 On the morning of December 14, 1943, two trains collide in rural southeastern North Carolina in one of the worst tragedies to ever strike the state.A local resident, burdened by the weight of a choice he must soon make, is startled by an explosion. He sprints across the fields to find a scene of terror and chaos that can never be erased from his memory.Amongst the wreckage and mangled bodies lie a soldier returning home for Christmas, not knowing whether he'll be forgiven for the despicable decisions that caused him to leave in the first place, and a bride excited about her new life, yet fearful of spending it with the man she regretfully married. From the Fires Scattered There shares the true story of the Tamiami Champion train wreck that claimed seventy-four lives. Through this expertly braided work of historical fiction, debut author Kammeron Polverari weaves the havoc, helplessness, and humanity of her protagonists' lives into our own.