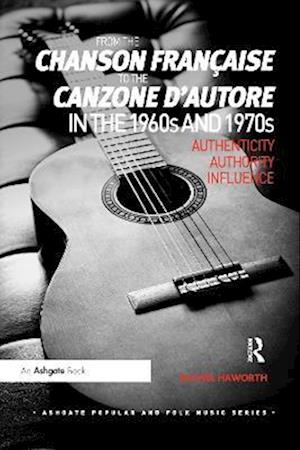 The similarities between the chanson fran aise and the canzone d'autore have been often noted but never fully explored. Both genres are national forms which involve the figure of the singer-songwriter, both experienced their golden age of production in the post-World War II period and both are enduringly popular, still accounting for a large proportion of record sales in their respective countries. Rachel Haworth looks beyond these superficial similarities, and investigates the nature of the relationship between the two genres. Taking a multidisciplinary approach, encompassing textual analysis of song lyrics, cultural history and popular music studies, Haworth considers the different ways in which French and Italian song is thought about, written about and constructed. Through an in-depth study of the discourse surrounding chanson and the canzone d'autore, the volume analyses the development of the genres' rules and rhetoric, identifying the key themes of Authority, Authenticity and Influence. The book finally considers the legacy of major artists, looking at modern perspectives on Georges Brassens, Jacques Brel, L o Ferr , Fabrizio De Andr and Giorgio Gaber, ultimately affording a deeper understanding of the notions of quality and value in the context of chanson fran aise and the canzone d'autore.