From Steam to Screen

- Cinema, the Railways and Modernity

indgår i serie Cinema And Society 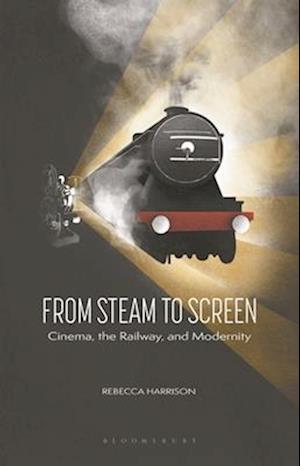 In late nineteenth and early twentieth century Britain, there was widespread fascination with the technological transformations wrought by modernity. Films, newspapers and literature told astonishing stories about technology, such as locomotives breaking speed records and moving images seemingly springing into life onscreen. And, whether in films about train travel, or in newspaper articles about movie theatres on trains, stories about the convergence of the railway and cinema were especially prominent. Together, the two technologies radically transformed how people interacted with the world around them, and became crucial to how British media reflected the nation's modernity and changing role within the empire. Rebecca Harrison draws on archival sources and an extensive corpus of films to trace the intertwined histories of the train and the screen for the first time. In doing so, she presents a new and illuminating material and cultural history of the period, and demonstrates the myriad ways railways and cinema coalesced to transform the population's everyday life.With examples taken from more than 240 newsreels and 40 feature-length films, From Steam to Screen is essential reading for students and researchers working on film studies and British history at the turn of the century and beyond.

Forfattere
Bibliotekernes beskrivelse The first study to contextualise fully the changes brought about by railways and cinema, and demonstrate the resultant impact on everyday life. 16 bw integrated