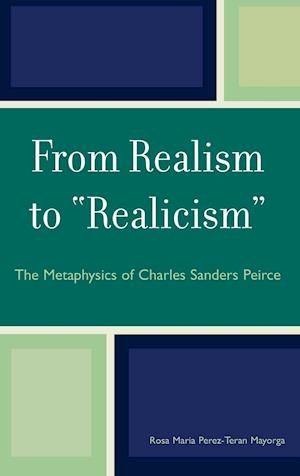 Charles Sanders Peirce, the founder of Pragmatism, was convinced that metaphysics is not just of primary importance to philosophy, but that it serves as the basis of all sciences. From Realism to 'Realicism' is a unique critical study of Peirce's metaphysics, and his repeated insistence on the realism of the medieval schoolman as the key to understanding his own system. By tracing the problem of universals beginning with its Greek roots, Rosa Maria Perez-Teran Mayorga provides the necessary yet underrepresented background of moderate realism and Peirce's eventual revision of metaphysics. This book examines Peirce's definition of the "real," his synechism, his idealism, and his "pragmaticism," which are all related to his sense of realism. With strong analyses and references to Plato, Aristotle, and John Duns Scotus, a Franciscan monk known as a major proponent of scholastic realism, From Realism to 'Realicism' is an insightful and intriguing book that will stimulate the minds of fellow philosophers and those interested in Charles Sanders Peirce.