from pit to palace: you are unstoppable 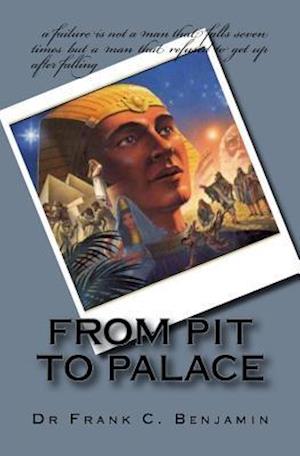 This book will focus on the life of Joseph. Many lessons can be learned from the story of Joseph. First: God is with us no matter our life situation. At various stages of his life, Joseph was a slave, a prisoner, and a national leader. Wherever Joseph was, God was at work in his life in ways Joseph could not have understood at the time. Second: God calls His people to live pure lives. Joseph refused to join in an adulterous relationship with his master's wife. Though his integrity led to prison rather than a promotion, God later honored Joseph's faithfulness in a far greater way. In the end, Potiphar would have been servant to Joseph. Third: The account of Joseph and Potiphar teaches us that our success is in direct proportion to God's blessing. Joseph was successful in whatever he did. As Potiphar's servant, as a model prisoner, and as a national leader, Joseph was successful because God was with him: "The warden paid no attention to anything under Joseph's care, because the Lord was with Joseph and gave him success in whatever he did" (Gen 39v23).