From Piety to Professionalism D and Back? 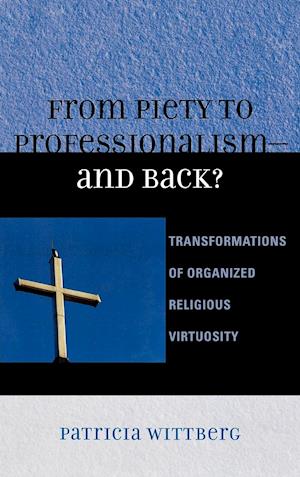 Only in recent centuries have Catholic and Protestant women begun the practice of creating formal groups for the express purpose of operating schools, hospitals, and the like. Yet, there is evidence that this period of active organizational involvement may already be coming to an end. The resulting effect of denominational groups losing their institutional identities has been greatly overlooked in past research. Wittberg aims to redress this omission in this noteworthy work. From Piety to Professionalism - and Back? argues that the dissolution of institutional ties has greatly affected denominations - especially specific denominational subgroups such as Catholic religious orders, Protestant deaconesses, or women's missionary societies - in profoundly important ways: shifting or obliterating their recruitment bases, altering the backgrounds and expectations of their leaders, and often causing fundamental transformations in the very identity and culture of the groups themselves. Using the theoretical lens of organizational sociology, Wittberg has created an important and engaging work that will appeal to scholars of sociology and religion.