From Neurons to Neighborhoods 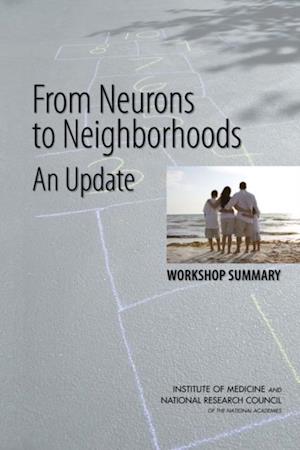 From Neurons to Neighborhoods: An Update: Workshop Summary is based on the original study From Neurons to Neighborhoods: Early Childhood Development, which released in October of 2000. From the time of the original publication's release, much has occurred to cause a fundamental reexamination of the nation's response to the needs of young children and families, drawing upon a wealth of scientific knowledge that has emerged in recent decades. The study shaped policy agendas and intervention efforts at national, state, and local levels. It captured a gratifying level of attention in the United States and around the world and has helped to foster a highly dynamic and increasingly visible science of early childhood development. It contributed to a growing public understanding of the foundational importance of the early childhood years and has stimulated a global conversation about the unmet needs of millions of young children.Ten years later, the Board on Children, Youth, and Families of the Institute of Medicine (IOM) and the National Research Council (NRC) held a 2-day workshop in Washington, D.C., to review and commemorate a decade of advances related to the mission of the report. The workshop began with a series of highly interactive breakout sessions in which experts in early childhood development examined the four organizing themes of the original report and identified both measurable progress and remaining challenges. The second day of the workshop, speakers chosen for their diverse perspectives on early childhood research and policy issues discussed how to build on the accomplishments of the past decade and to launch the next era in early childhood science, policy, and practice.From Neurons to Neighborhoods: An Update: Workshop Summary emphasizes that there is a single, integrated science of early childhood development despite the extent to which it is carved up and divided among a diversity of professional disciplines, policy sectors, and service delivery systems. While much work still remains to be done to reach this goal, the 2010 workshop demonstrated both the promise of this integrated science and the rich diversity of contributions to that science.