From Huntington to Trump

- Thirty Years of the Clash of Civilizations 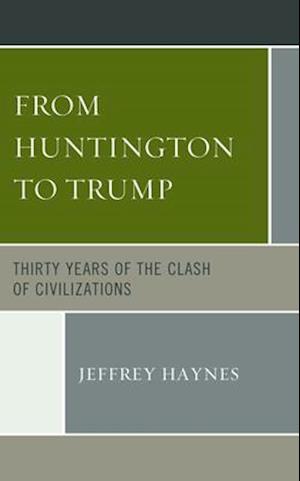 From Huntington to Trump argues that the "clash of civilizations," an idea first raised three decades ago by Bernard Lewis and endorsed by Samuel Huntington, has created a template for understanding the world which has been adopted by both the United Nations and right-wing populist politicians in Europe and the United States of America. Haynes traces the development of the "clash of civilizations" from the colonial period through the end of the Cold War and 9/11 and analyzes its effects on society.

Forfattere
Bibliotekernes beskrivelse This book argues the "clash of civilizations," first explored by Bernard Lewis and Samuel Huntington three decades ago, ideologically informs right-wing populist politicians in the United States and Europe as well as the policies of the United Nations in relation to the Muslim world. Illustrations, unspecified; Tables