From Frontier Town to Metropolis 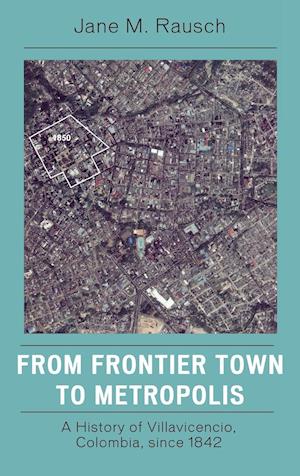 Although Villavicencio, the capital of the Department of Meta, is located just 120 miles from Bogota, the mountains of the eastern Andean Cordillera lies between the two cities. As a result, after its founding in 1842, Villavicencio remained an isolated frontier outpost for more than one hundred years-even though "El Portal de la Llanura" ("the Gateway to the Plains") provided the principal access to Colombia's tropical plains (Llanos), a vast grassy region cut by tributaries connecting with the Meta and Guaviare rivers and eventually the Orinoco. Nineteenth- and twentieth-century governments in Bogota regarded the Llanos as the "Eastern Lands of Promise," underestimating the geographic and climatic obstacles to their development. From Frontier Town to Metropolis recounts the history of the town and explains how, by the twenty-first century, it became a thriving metropolis with a population nearing three hundred thousand. During the next sixty years, it became the principal urban center of the Llanos despite the continual presence of militant guerrillas, paramilitaries, and drug traffickers. This book examines the developments that transformed Villavicencio, drawing on data collected about the Colombian Llanos over a period of forty years. Noted researcher Jane M. Rausch offers a detailed treatment of the development of Villavicencio and the Department of Meta as a microcosm of Colombia's eastern frontier. The book incorporates a wealth of research published in Spanish by Colombian scholars in the last twenty years and is the first history of Villavicencio available to English-speaking scholars. It considers the important topics of when a frontier is no longer a frontier and the role played by frontier images in contemporary nationalism.