From Field to Fork

- Food Ethics for Everyone 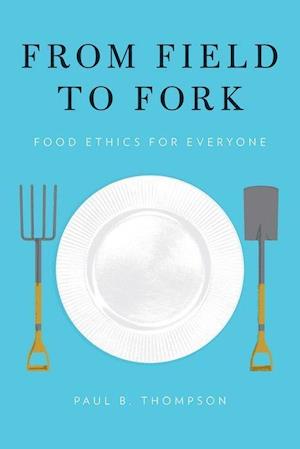 After centuries of neglect, the ethics of food are back with a vengeance. Justice for food workers and small farmers has joined the rising tide of concern over the impact of industrial agriculture on food animals and the broader environment, all while a global epidemic of obesity-related diseases threatens to overwhelm modern health systems. An emerging worldwide social movement has turned to local and organic foods, and struggles to exploit widespread concern overthe next wave of genetic engineering or nanotechnologies applied to food. Paul B. Thompson's book applies the rigor of philosophy to key topics in the first comprehensive study explore interconnections hidden deep within this welter of issues. Bringing more than thirty years of experience workingclosely with farmers, agricultural researchers and food system activists to the topic, he explores the eclipse of food ethics during the rise of nutritional science, and examines the reasons for its sudden re-emergence in the era of diet-based disease. Thompson discusses social injustice in the food systems of developed economies and shows how we have missed the key insights for understanding food ethics in the developing world. His discussions of animal production and the environmental impactof agriculture breaks new ground where most philosophers would least expect it. By emphasizing the integration of these issues, Thompson not only brings a comprehensive philosophical approach to moral issues in the production, processing, distribution, and consumption of food - he introduces a freshway to think about practical ethics that will have implications in other areas of applied philosophy.