From Dark to Light 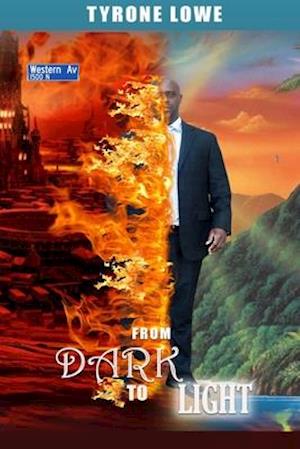 "DARK"Growing up in South Central Los Angeles was like living in a fish tank with Parana's. Either you ate, or you were eaten. After my house got shot up by nearby gangs, who were enemies of the gang me and my two brothers socialized with, while I was sitting in the living room watching T.V., at the ripe young age of 13, I vowed to get revenge once I got bigger. At the age of 14, I became the newest member of one of the most notorious gangs in L.A. Earning a reputation of shooting and killing rival gang members was every gang members goal, in order to move up in the ranks. Avoiding retaliation was also part of this dangerous game. In some cases, I became a witness to some of my own homeboys' brutal deaths, by vengeance filled rivals. I was caught slipping at times and was chased, shot at, and even shot by rival gangs. My life was at stake from moment to moment. Everywhere I went I had to carry a weapon in case I ran into some enemies. I've seen the tears of many grieved filled mothers as they watched their child being carried away in the back of a hearse. I really could not relate to that hurt until I saw and felt that same hurt in my own mother's eyes when my older brother was shot and paralyzed at the age of 17. Things just got real.."LIGHT"As I got older and more mature, I realized that it was more to life than just the typical hood fame. I had dedicated 33 years to the empty promises of the gang life, and 22 years to the prison system. Everyone I grew up with was either dead or in prison with a life sentence. At the age of 39, I was fresh out of prison, on parole, and everything I owned could fit into a small suitcase. I had nothing to show for my loyalty and dedication to the street life but bullet holes, bad memories, and obituaries. So I continued to wander through the wicked streets of L.A., hopeless. It was the only life I knew. Then I was invited to church one day by a man and his son. I gave them my word that I would come to church one Sunday. Being big on a man keeping his word, I went to church one Sunday. And that first day I attended church was the beginning of God reaching down into the pits of hell and pulling me out of the grave.