From Dachau to D-Day

- The Refugee Who Fought for Britain 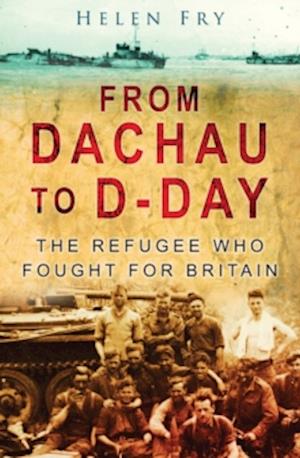 Willy Field was born Willy Hirschfeld in Bonn, Germany. The morning after Kristallnacht on 10 November 1938 he was arrested by the Gestapo and transported to Dachau concentration camp. This fascinating new book details the horrendous experiences of a German Jew in the camp, and how he survived to come to England as a refugee. Shipped to Australia and interned as an enemy alien, Willy nevertheless returned to Britain as one of the 10,000 volunteers for the British Forces, and found himself on active service as a tank driver in the Royal Armoured Corps. Three days after D-Day, Willy landed in France and saw front-line fighting through France, Belgium and the Netherlands. He was the only survivor when his tank received a direct hit, but, after recovery, he was given another tank and crossed the border into Germany with the allied troops. Having been involved in the liberation of Hamburg, Willy drove his tank past Winston Churchill in the Victory Parade in Berlin in July 1945.

Forfattere
Bibliotekernes beskrivelse Details the horrendous experiences of a German Jew in the camp, and how he survived to come to England as a refugee. Illustrations