From Bombay to Bollywood

- The Making of a Global Media Industry 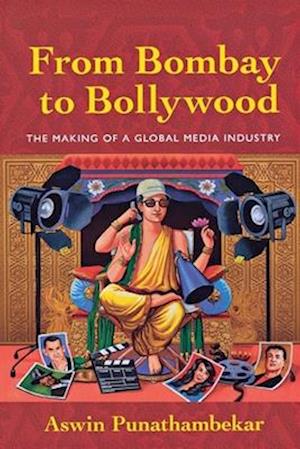 From Bombay to Bollywood analyzes the transformation of the national film industry in Bombay into a transnational and multi-media cultural enterprise, which has come to be known as Bollywood. Combining ethnographic, institutional, and textual analyses, Aswin Punathambekar explores how relations between state institutions, the Indian diaspora, circuits of capital, and new media technologies and industries have reconfigured the Bombay-based industry's geographic reach. Providing in-depth accounts of the workings of media companies and media professionals, Punathambekar has produced a timely analysis of how a media industry in the postcolonial world has come to claim the global as its scale of operations. Based on extensive field research in India and the U.S., this book offers empirically-rich and theoretically-informed analyses of how the imaginations and practices of industry professionals give shape to the media worlds we inhabit and engage with. Moving beyond a focus on a single medium, Punathambekar develops a comparative and integrated approach that examines four different but interrelated media industries--film, television, marketing, and digital media. Offering a path-breaking account of media convergence in a non-Western context, Punathambekar's transnational approach to understanding the formation of Bollywood is an innovative intervention into current debates on media industries, production cultures, and cultural globalization.