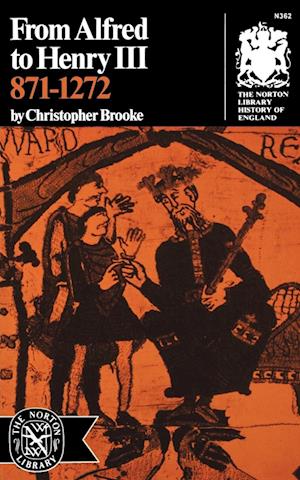 The 400 years covered by this volume saw two Danish invasions and the Norman Conquest of England. Each conquest carried with it extensive political and social changes. Alfred began the work of creating a unified kingdom out of the shambles of the smaller kingdoms that had fallen under Viking raids. The ninth and tenth centuries saw the settlement of the Danes and the eleventh the emergence of a strong monarchy under the Danish King Cnut. "With the English kingdom grew up the first semblance of national institutions," writes Professor Brooks--institutions of central and local government which made the English monarchy among the most mature in the Europe of its time.... These established institutions were not destroyed by the Normans; they adapted and developed them. Although England had had close ties with the continent before the Conquest, after 1066 English cultural and social life was greatly enriched through the French influence. During this time the Church was finding new inspiration in monastic and papal reform and a great intellectual revival culminated in the creation of universities. Professor Brooke describes all the cultural and political developments of these years and shows how the reign of Henry III ushered in a "great age of art and architecture" and a "new attitude to government," which began to work by consent of the governed.