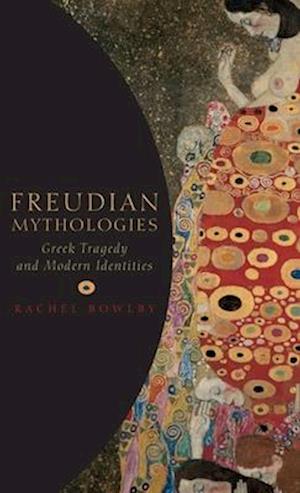 More than a hundred years ago, Freud made a new mythology by revising an old one: Oedipus, in Sophocles' tragedy the legendary perpetrator of shocking crimes, was an Everyman whose story of incest and parricide represented the fulfilment of universal and long forgotten childhood wishes. The Oedipus complex - child, mother, father - suited the nuclear families of the mid-twentieth century. But a century after the arrival of the psychoanalytic Oedipus, it might seemthat modern lives are very much changed. Typical family formations and norms of sexual attachment are changing, while the conditions of sexual difference, both biologically and socially, have undergone far-reaching modifications. Today, it is possible to choose and live subjective stories that thefirst psychoanalytic patients could only dream of. Different troubles and enjoyments are speakable and unspeakable; different selves are rejected, discovered, or sought. Many kinds of hitherto unrepresented or unrepresentable identity have entered into the ordinary surrounding stories through which children and adults find their bearings in the world, while others have become obsolete. Biographical narratives that would previously have seemed unthinkable or incredible-'a likely story!'-haveacquired the straightforward plausibility of a likely story.This book takes two Freudian routes to think about some of the present entanglements of identity. First, it follows Freud in returning to Greek tragedies - Oedipus and others - which may now appear strikingly different in the light of today's issues of family and sexuality. And second, it re-examines Freud's own theories from these newer perspectives, drawing out different strands of his stories of how children develop and how people change (or don't). Both kinds of mythology, the classical andthe theoretical, may now, in their difference, illuminate some of the forming stories of our contemporary world of serial families, multiple sexualities, and new reproductive technologies.

Forfattere
Bibliotekernes beskrivelse Since Freud reimagined Sophocles' Oedipus as a transhistorical Everyman, far-reaching changes have occurred in the social and sexual conditions of Western identity. This book shows how both classical and Freudian perspectives may now differently illuminate the forming stories of a present-day world of serial families, multiple sexualities, and reproductive technologies.