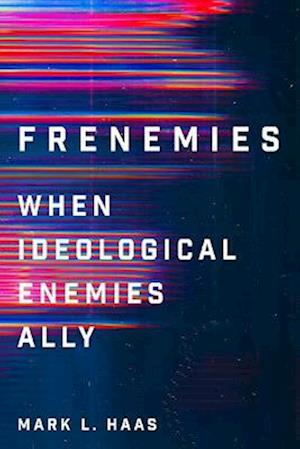 In Frenemies Mark L. Haas addresses policy-guiding puzzles such as: Why do international ideological enemies sometimes overcome their differences and ally against shared threats? Why, just as often, do such alliances fail? Alliances among ideological enemies confronting a common foe, or 'frenemy' alliances, are unlike coalitions among ideologically-similar states facing comparable threats. Members of frenemy alliances are perpetually torn by two powerful opposing forces. Haas shows that shared material threats push these states together while ideological differences pull them apart. Each of these competing forces has dominated the other at critical times. This difference has resulted in stable alliances among ideological enemies in some cases but the delay, dissolution, or failure of these alliances in others. Haas examines how states' susceptibility to major domestic ideological changes and the nature of the ideological differences among countries provide the key to alliance formation or failure. This sophisticated framework is applied to a diverse range of critical historical and contemporary cases, from the failure of British and French leaders to ally with the Soviet Union against Nazi Germany in the 1930s to the likely evolution of the United States' alliance system against a rising China in the early 21st century.In Frenemies, Haas develops a groundbreaking argument that explains the origins and durability of alliances among ideological enemies and offers policy-guiding perspectives on a subject at the core of international relations.