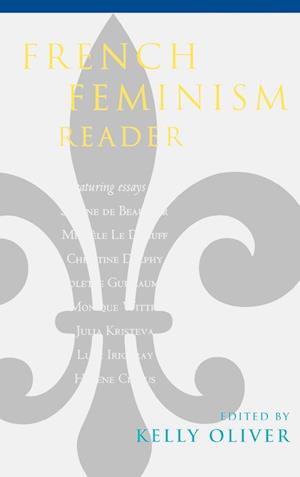 French Feminism Reader is a collection of essays representing the authors and issues from French theory most influential in the American context. The book is designed for use in courses, and it includes illuminating introductions to the work of each author. These introductions include biographical information, influences and intellectual context, major themes in the author's work as a whole, and specific introductions to the selections in this volume. The contributors represent the two trends in French theory that have proven most useful to American feminists: social theory and psychoanalytic theory. Both of these trends move away from any traditional discussions of nature toward discussions of socially constructed notions of sex, sexuality and gender roles. While feminists interested in social theory focus on the ways in which social institutions shape these notions, feminists interested in psychoanalytic theory focus on cultural representations of sex, sexuality and gender roles, and the ways that they affect the psyche. This collection includes selections by Simone de Beauvoir, Christine Delphy, Colette Guilluamin, Monique Wittig, Michele Le Doeuff, Julia Kristeva, Luce Irigaray, and Helene Cixous.